A Fieldtrip to the Start of American Modern Architecture 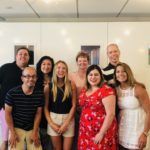 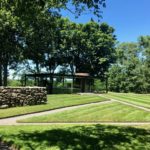 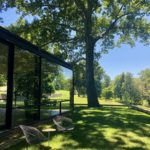 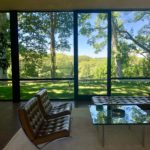 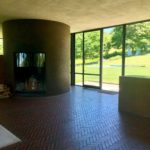 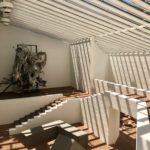 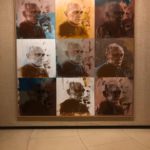 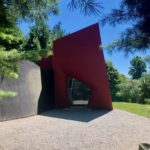 This week, the Maloney & Company, LLC team visited an icon of modernism – the Glass House by Philip Johnson.

Perched on a 49-acre landscape in New Canaan, CT, the Glass House was a remarkable achievement when it was completed in 1949. The house, which ushered the International Style into residential American architecture, is iconic because of its innovative use of materials at the time and its seamless integration into the landscape. It began a movement of architectural experimentation in materials and ideas through the addition of thirteen more structures designed by Johnson on the property until his death in 2005. The other modern structures include a Guest House, Lake Pavilion, Studio, Painting Gallery, and Sculpture Gallery to name a few. The property is now in the hands of the National Trust for Historic Preservation, and is a prime example of the successful preservation and interpretation of modern architecture, landscape, and art.

While we appreciate and admire Philip Johnson’s innovation and creativity – we are still insurance brokers! We noticed a few design flaws that would certainly raise a claim. The lighting design in the Glass House was initially flawed because as night fell, the glass acted as a mirror when interior light bounced off of it. The lighting design was eventually reconfigured to include outside lights that bounced off the grass, illuminating everything and fixing the problem. More serious issues were stemmed from the hills on the property, which caused trouble for a few structures. Johnson’s brick Guest House is perched directly at the bottom of a hill and suffered from flooding. The Painting Gallery is an earth-berm structure that descends into the ground with a grassy mound on top. The entryway is a right-of-way for rain and snow, which is an issue. But more importantly, the basement-like conditions caused more serious issues with moisture infiltration and inconsistent temperatures and humidity levels, which resulted in mold growth. Luckily, Philip Johnson was his own client!

Thank you to all our loyal clients!

In honor of our 20th year in business, I want to thank all our loyal clients for making it such a pleasure to come to work ea...

As we begin our 20th year in business…

As we begin our 20th year in business, I want to thank all our loyal clients for making it such a pleasure to come to work ea...

On November 6th Mike Maloney was invited to tour a construction site in Rockville, MD by RLI Insurance Company....

Cyber Liability Just about any organization that uses technology to do business faces a cyber risk. In fact, three of our cl...

Drones and the City

Drones seem to be everywhere in our lives, and they are beginning to make their way into the professional setting for archite...

A Closer Look at Professional Liability / Errors and Omissions

The insurance that protects your company in the event that a client alleges you made a mistake that caused them a l...

Notre-Dame: Is the Historic Landmark Insured?

It's been a sad week in architectural history because the 856-year-old Notre-Dame de Paris caught fire while underg...

Professional Liability Insurance (Errors & Omissions Insurance) is a great start to protect your business a...